Published November 22, 2010 | By admin
Welcome to Gundalf, a Weimaraner breeder and German Shorthaired Pointer breeder in Pretoria, South Africa. Gundalf offers Kusa registered Weimaraner puppies for sale (also sometimes German Shorthaired Pointer puppies) to selected families and hunters. Offspring of our weimaraner dogs and GSP dogs can be found all over South Africa where they are part of many happy families, some are even actively used as hunting dogs.

As responsible breeders of Weimaraners that want to maintain the hunting lines that have declined worldwide because of the trend to breed show dogs rather than hunting dogs, we take all our dogs to the annual Weimaraner Klub of Gauteng Shooting Ratings so they can pass the Shooting Dog and Retriever Dog tests on offer, and we also participate in the Natural Ability Test offered by the HPR Club of the Transvaal. This way we can select dogs that show more hunting aptitude for our breeding programme.

Some of our Weimaraner dogs carry the longhair gene so from time to time we do have longhair weimaraner puppies available from mixed shorthair and longhair litters, but hopefully if the demand is high enough we can one day have a 100% longhair weimaraner litter from the latest addition, Cassie – Gundalf Cassiopeia Star (NSD NRD). Please contact us if you are interested, although be prepared to wait a while, longhair weimaraners are still very rare in South Africa

Please use the Contact Form page to request details on weimaraner puppies for sale. Unfortunately we will not be offering GSP puppies in the forseable future but that may still change

Published April 26, 2016 | By admin
Ch Gundalf Berry Beautiful (NSD) – Berry, is pregnant. The male I used is Verdi (Verdi Supremo of the Grey Noble of Mistylowlands) – he was imported from the Netherlands, and comes from excellent Dutch and English show and working lines.

Expected Birth date is May 8

UPDATE: ALL THESE PUPPIES HAVE BEEN SOLD

Published April 9, 2015 | By admin
There are two male puppies left for sale in the F Litter of Weimaraner puppies. One is a longhaired weimaraner and the other is shorthair. They are currently 9 weeks old and will be sold Kusa registered, microchipped and the first two inoculations done

Update: All puppies have been sold 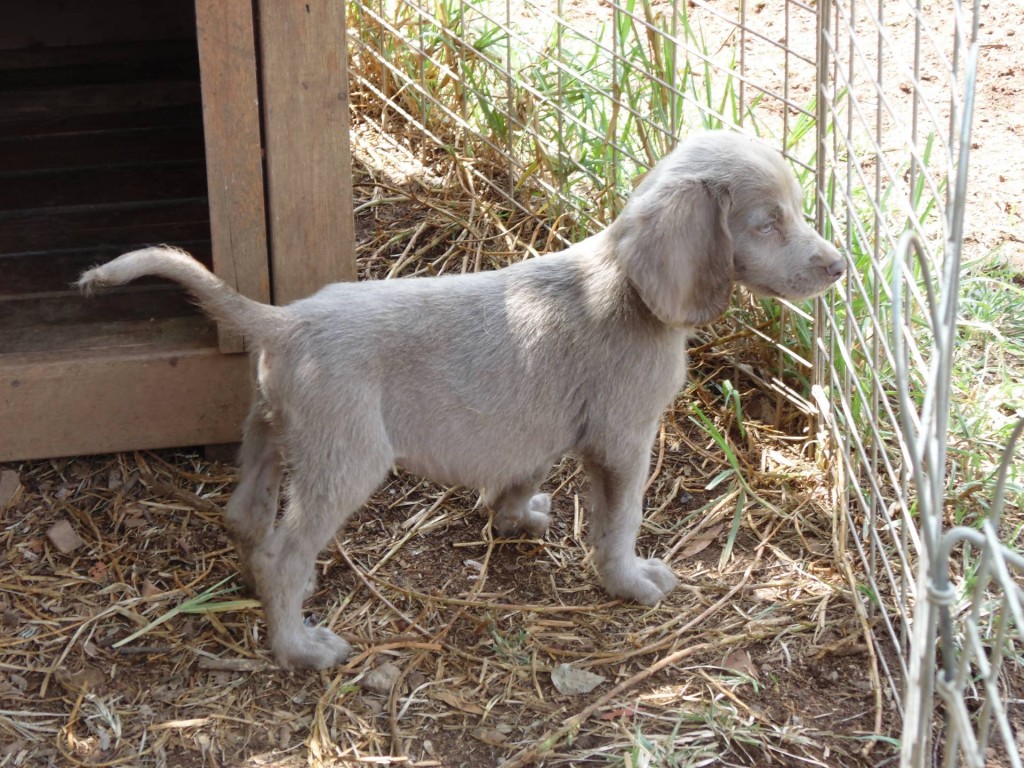 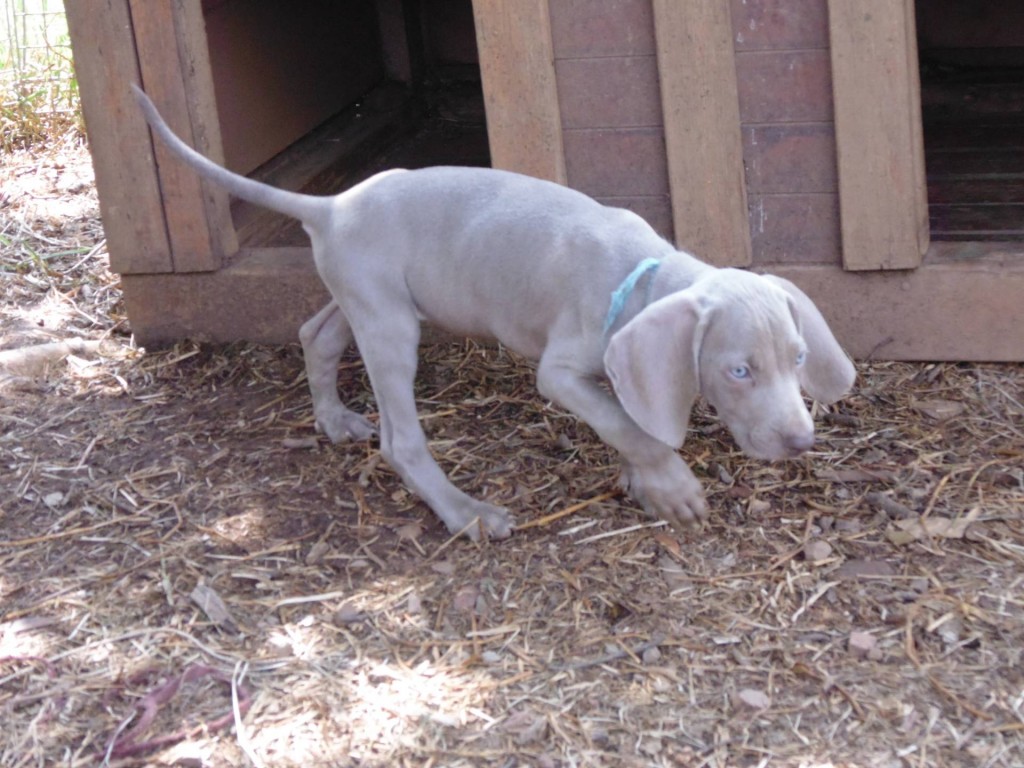 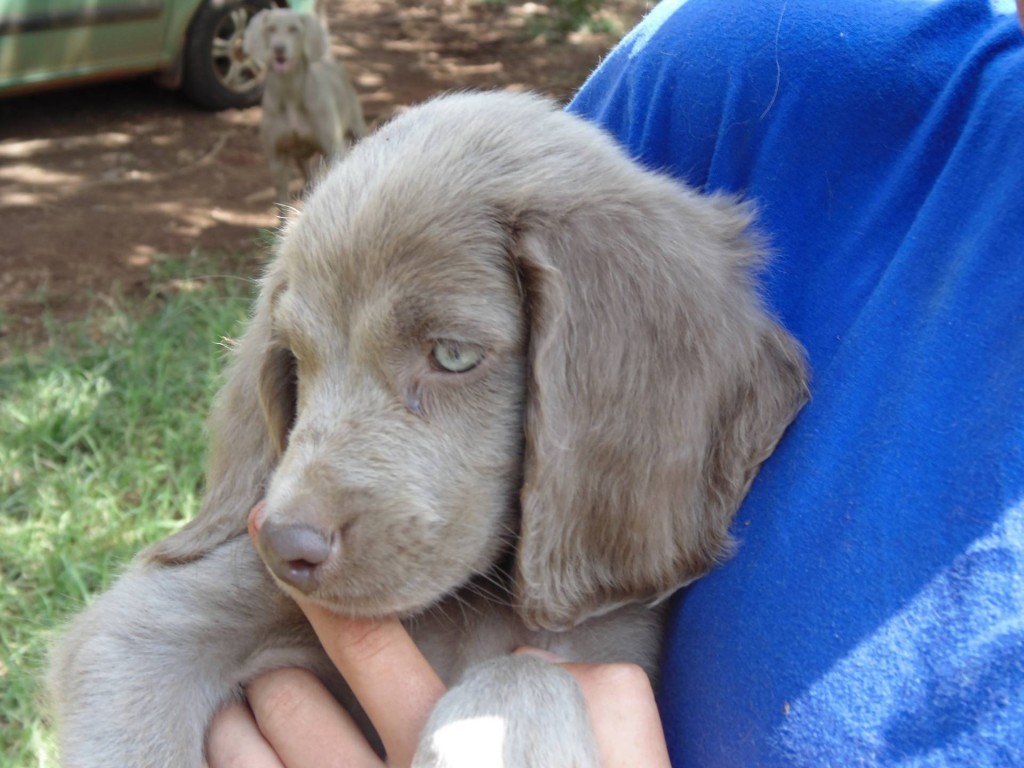 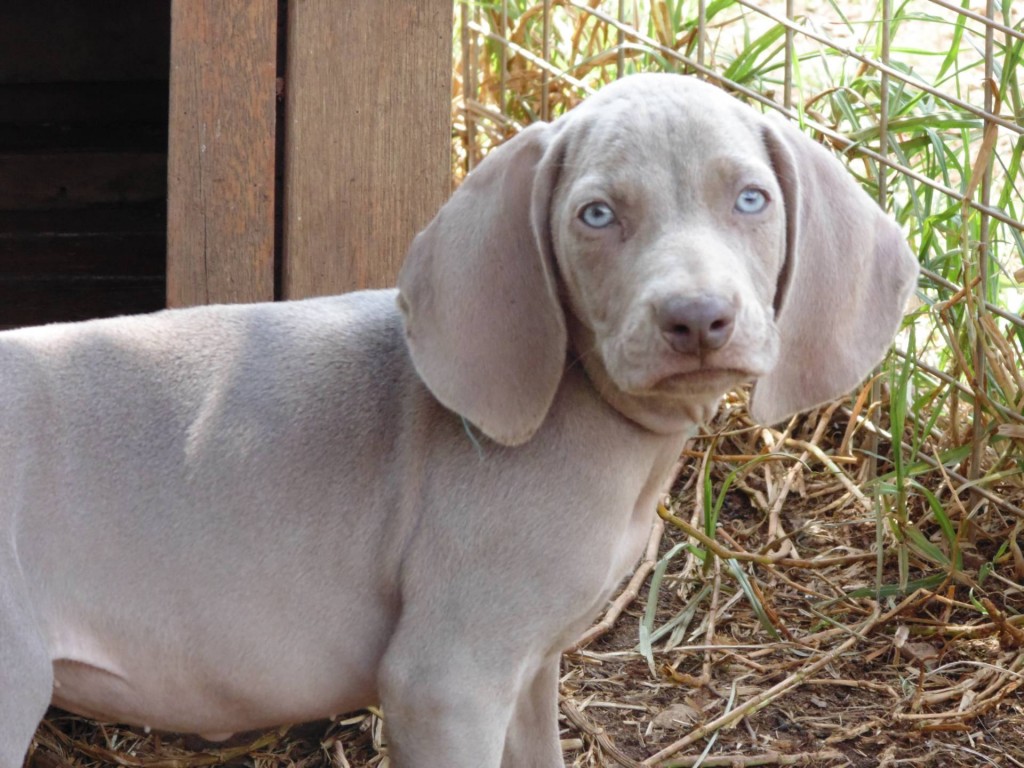 Published March 27, 2015 | By admin
The weimaraner puppies in the F Litter are 6 weeks old and have had their first inoculation

One shorthair male and one longhair male puppy still available

Published March 6, 2015 | By admin
The F Litter weimaraner puppies are now 4 weeks old and have been eating solid food for a week.

Today was the first time they were outside, see some photos below 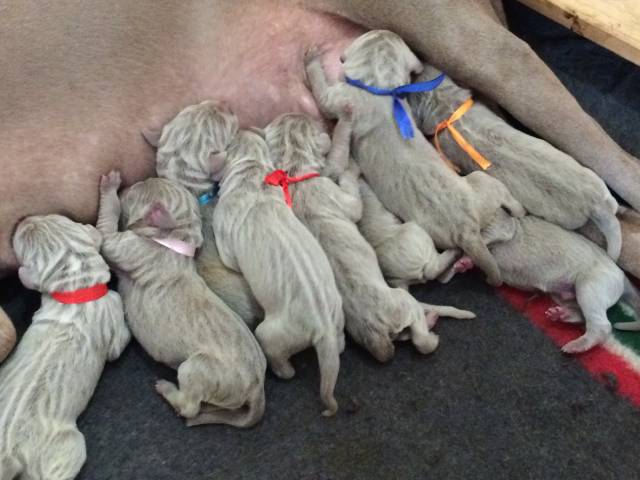 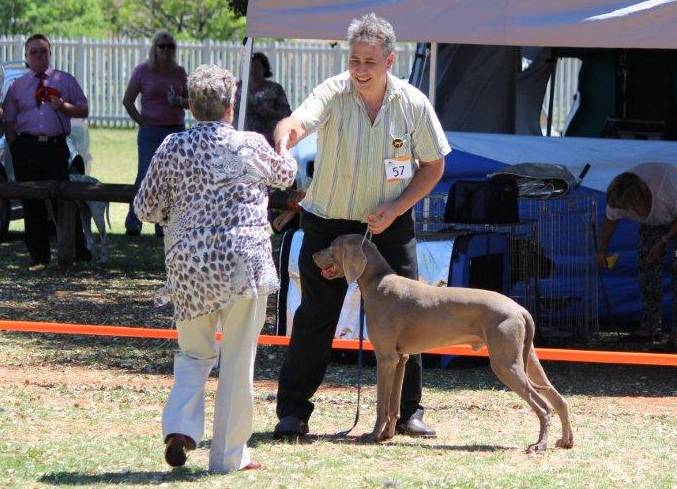 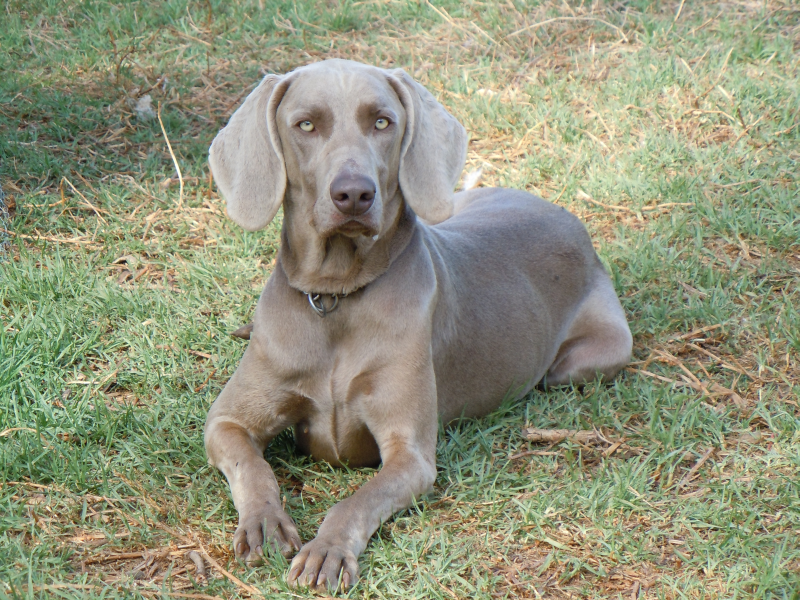 One of Leo’s sons from the Sabaka V Litter – Woljas owned by Renée Minny – passed his Novice Retriever Dog test and was also awarded Best Retriever.

Vicky from the same litter also passed her NSD test

And Zuko – owned by Jo Taylor – that is a grandson of Leo, passed his NSD and NRD tests and was also awarded Best Shooting Dog

Published March 16, 2014 | By admin
Second album of the Weimaraner Puppies in the E Litter of Gundalf Weimaraner Breeder at 7 weeks old

Published March 12, 2014 | By admin
The puppies have been inoculated and microchipped. They’ve also received new collars which replaced the old coloured ribbons used before so here is how to connect the puppies wearing the old ribbons with the new collars:
[Show as slideshow]